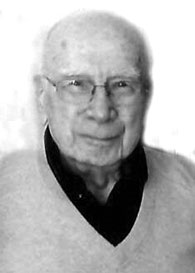 Visitation was at the Beck Funeral Home Friday, December 11, with a prayer service that evening. Visitation resumed at Immanuel Lutheran Church in Moltke Township Saturday until time of his funeral with the Rev. David Weirauch officiating. Rogers City Veterans of Foreign Wars Post 607 offered a military tribute at church immediately following.

Inurnment will take place at Oak Hill Cemetery in Owosso at a later date.

Memorials may be given to Immanuel Lutheran Church in memory of Richard Bruning.