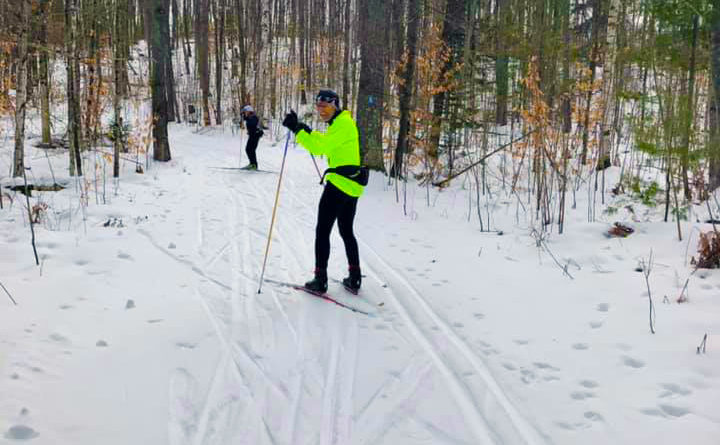 With the cross-country ski trails finely groomed and probably in their best shape in years, it would have been a great year for the annual Black Mountain Nordic Ski Race. That is, if there was not a pandemic going on.

The race has been conducted in a variety weather conditions, but never canceled. Not once.

“We had it with huge amounts of snow. One year we received 24 inches of snow the night before the race,” said volunteer groomer Denny Paull, a Cheboygan veterinarian from Rogers City. “We’ve had one year when there were thunderstorms the night before the race. We had it on years when every other race was canceled, but with our grooming and keeping on top of it, we had just enough snow where we could pull it off.”

The Michigan Department of Health and Human Services extended the 25-person limit for outdoor gatherings to March 29, forcing cancellation of the Black Mountain Classic and Black Mountain Freestyle.

“A lot of the other races throughout the state have been conducted, but this one is on state land,” said Paull.

Organizers suggested the option of staggering the racers, but the response was still the same that the number of people allowed at outdoor events is a “hard cap” and there is not much the Michigan Department of Natural Resources can do.

The races would have been March 6 and 7.

“Now more than ever we will hope to get donations from happy Black Mountain skiers,” a message on the Black Mountain Nordic Ski Trails Facebook page states. “By not running the races we lose $4,000-5,000 in grooming funds. Significant.”

The course, that makes its way into both Presque Isle and Cheboygan counties, is in tip-top shape. There is almost 30 miles of trail that is getting groomed by volunteers, 25 of which are for both classic skiing and skating.

“The trails groomed up beautifully today!!” the FB post stated Sunday a

“Unfortunately, right after grooming a family came in from Twin Lakes and tromped ALL over everything. Thankfully for no more than one-quarter mile.”

People walking on the trails has forced volunteers to work extra this winter.

“Once they get destroyed by the walkers we have to go back and re-groom them,” said Paull. “That has put more of a burden on the groomers. We are hopeful that if people walk out there that that they walk on the opposite side of the tracks so they are not destroying the scalings.”

The groomers include Paull, who handles the beast, along with John Galvin and Al Kozleski.