Frances Teni Skiera, 103, of Metz passed away January 3, 2021 at Medilodge in Rogers City. 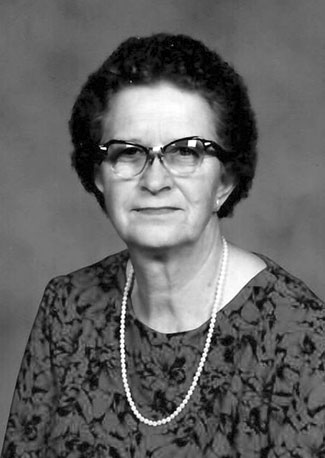 She was born October 31, 1917 in Metz to Jacob and Constance Rosalia (Schoetkowski) Orban.

On November 9, 1941 she married Edward Skiera at St. Dominic Catholic Church. They moved to Detroit for work for a short time but moved back to take over the family farm. She was a devoted mother to her children teaching them Polish and their prayers in English and Polish. She worked hard alongside her husband on the farm. Her time was also spent growing vegetables and canning them and tending to her beautiful peonies garden. She baked beautiful desserts and homemade bread in a woodstove. She did sewing and mending on a treadle sewing machine. Frances loved polka dancing and playing spitzer.

She was preceded in death by her parents; husband, Edward; a son, Raymond;

Friends may visit at St. Dominic Catholic Church Friday, May 21 from 9 a.m. through time of her Mass at 10 a.m. with the Rev. Arthur Duchnowicz officiating.

Memorials may be given to St. Dominic Catholic Church in memory of Frances Skiera.