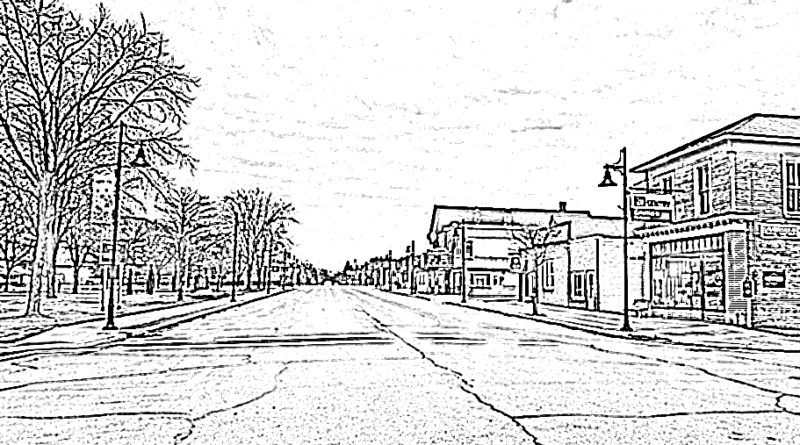 With the deadline approaching, Rogers City mayor Scott McLennan has a few more tasks to finish before the Michigan Main Street (MMS) designation is decided. The MMS, as part of the Michigan Economic Development Corporation (MEDC) provides technical assistance to help revitalize cities.

“The application has been completed and turned in but due to the COVID variant the MMS offices in Lansing will not be open so we will not be able to make a presentation in person. So, we are putting together a video that highlights three things for Rogers City,” McLennan said.

Those things are: why does Rogers City want the MMS designation; secondly what kind of community support is there behind the program; and thirdly what does the community expect the MMS program to do for the community.

“Those are the three elements they are asking us to put into video format. Tell your story via video and why is that important for Rogers City. That is the final step in our application,” the mayor explained.

McLennan has recruited local talent to work pro bono to quickly produce a video. That process began this week.

“I’m very pleased to say both Brian Belanger and his sister Anne Belanger, Emmy award-winning producers, will be assisted by Travis Peltz and Richard Lamb, and together we will be putting together a very high-quality video that will highlight why we need the Michigan Main Street program here in Rogers City,” McLennan said.

The push for MMS designation began nearly two years ago, with the process slowed by the worldwide pandemic.

“The MEDC, in its support for local businesses, had to shift gears and there was a bit of a slow-down, but it continued its support. Also, with regards to the MMS, everything was slowed down and delayed. We actually would have, if their original timetable had held, knew if we were going to become a Main Street community last March,” McLennan said.

The designation of an MMS community could make a substantial impact on the community.

“The state will provide us with professional resources that we do not have within the community. That is to say, architects and engineers and professional consulting as it pertains to street-scaping our community, making the community look more welcoming and be more welcoming, more walkable and more livable for those living here as well as tourists,” McLennan pointed out.

The MEDC will also help with providing marketing advice and a variety of professional services focused on improving the area.

“It is called the Main Street program, but that is really a misnomer. It is really a community program, one that has implications for everyone living here, making it a more desirable community in which to live,” McLennan said.

The program has lifted many communities including Boyne City, Grayling, Howell and Cheboygan. Rogers City is one of four city’s vying for MMS designation this year, McLennan said.

“Those communities that have the MMS program are singing its praises. They are telling us that program has meant a world of difference to advancing their community and building vibrancy,” McLennan said.

The MMS does not give grants to businesses or organizations, but offers guidance, consulting and support.

rvice offered, rather than opening up a checkbook,” McLennan said.

McLennan praised the work of volunteers in the community.

“All the volunteers make this community great but if we could just have a little professional help to guide us as volunteers so we know if we are going in the right direction, that is what we need. That is what is important to us.”

The deadline for submitting the video is late September with announcement of MMS designation expected in early October. Ferndale, Dearborn and Coldwater are also in the running for one, possibly two slots, McLennan said.