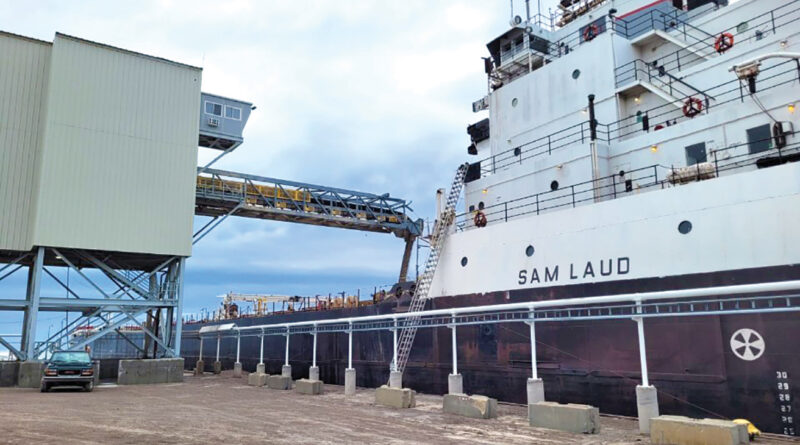 The 2022 shipping season officially started last week at Carmeuse Americas with the arrival of the first boats at the Port of Calcite.

The Sam Laud was the first boat loaded off the north dock, April 7.

According to site operations manager Mike Cirino, the boat was downward bound to Cleveland with aggregate material.

The John J. Boland was the first south dock boat loaded, April 9. It was heading to Portage, Indiana with grinding mill material.

“Start-up of systems went smoothly on both sides,” said Cirino. “Winter conditions and frozen material slowed loading on both loads, but as expected with early season loads.”

Along with the boat loading, the mill also started production on Monday after the winter outage.

Among the major projects completed include the rebuilding of the primary crusher and removal of the Symons No. 2 cone crusher inside the mill building, which will be replaced with a new roll crusher.

Nothing says spring in Rogers City more than the arrival of the first boats. The locks at Sault Ste. Marie opened March 25 with the Edgar B. Speer being the first freighter through the locks.