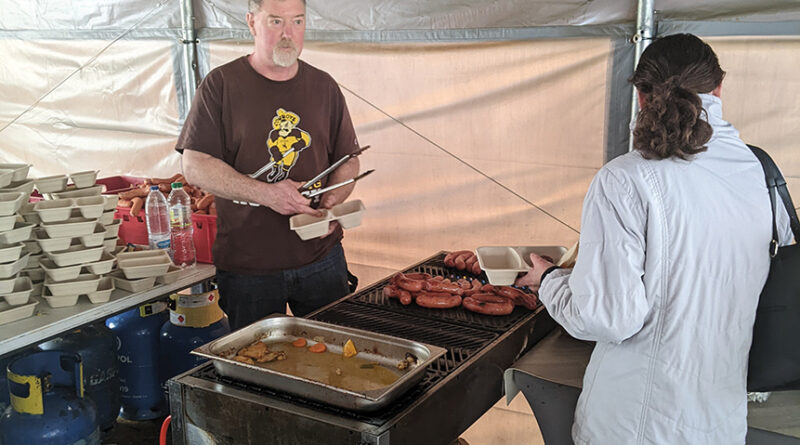 Boyd Byelich, 58, of Rogers City followed a strong calling to assist Ukraine refugees all the way to Poland, and now that he has returned to his home on South Lake Street, he has no intentions of stopping until all the needs are met.

Boyd’s kitchen has become a tiny, makeshift collecting point, as he has been gathering donated items to send over. When he was in Krakow, Poland from April 14 to 28, volunteers handed out 9,000 clothing items a day at a distribution center where he volunteered.

“While the Polish people were amazing with their generosity, and brought in donations by the carload, at 9,000 a day, you go through a lot of boxes,” he said. “When I got back here, I wondered what could we do here.

“I thought that there could be a lot of people like me who wanted to give but did not trust that their donations would reach the people who needed it most, so we started an initiative called One Box for Ukraine where people can donate clothes and provide the $50 shipping fee, and it all goes straight to the Ukrainian people in Krakow who need it most.”

Boyd did his homework and found a Polish travel agency in Troy that is ensuring that much-needed items are going straight into the laps of the people in need. He dropped off the first load a week ago. Those have been shipped to Krakow to the clothing distribution center.

“I will be taking the second load of boxes down this Friday, to the same place, and then those will be shipped,” said Boyd. ‘The support for that has been pretty amazing.”

Here is what is needed: a box of gently used summer clothing and shoes; with new women’s and children underwear and socks; along $50 for shipping. Or if someone wants to just donate the money, that would be of great assistance too. 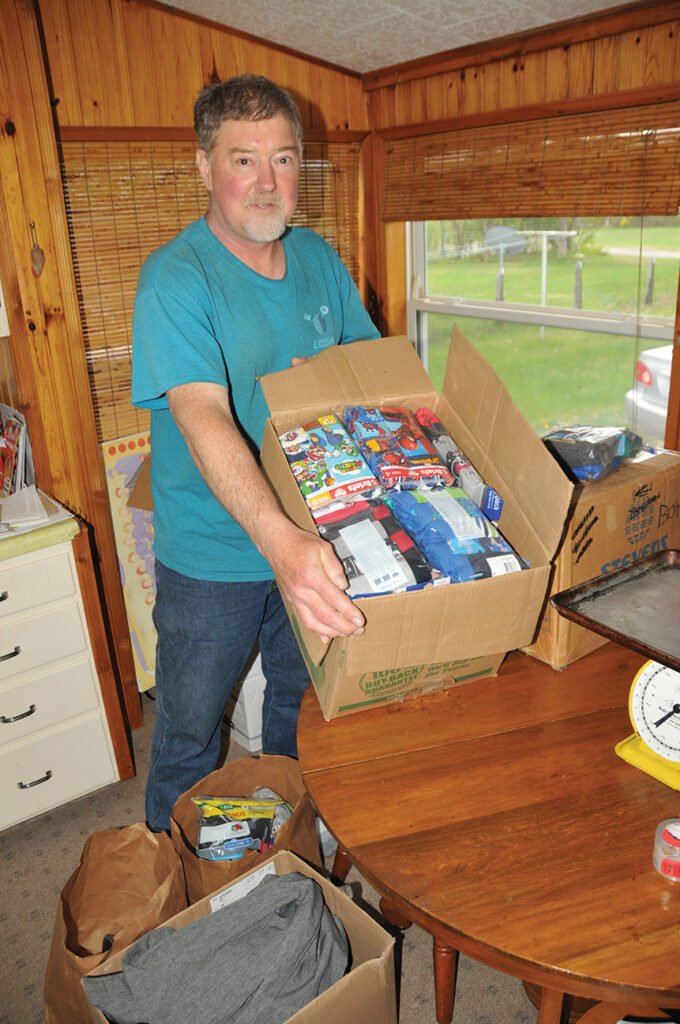 “Every dime you spend we will get it there, and every dime will go right to the Ukrainian people,” said Boyd.

The Rogers City man’s roots run deep in Presque Isle County. He currently works for the United States Department of Agriculture in Onaway. He has been with the agency for 31 years.

When the Russians invaded Ukraine back in February, he felt that strong desire to get involved during his morning devotionals. However, when he tried to volunteer, the organizations he reached out to wanted his money and not his services, and for Boyd, that just was not good enough.

“I charged forward and reached out to everybody and anybody that I could think of here, personally and professionally, that might have contacts either in Poland, Hungary or Romania,” he said. “I did not know where I might go.”

Three weeks later, a connection was made with an organization called International Bund.

“I started to correspond directly with the clothing distribution center, got that locked in, and then it was just a matter of me putting together my travel arrangements and going,” said Boyd.

Upon arriving, he discovered that the center was going to be closed during the Easter weekend. It did not take long for Boyd to find something to do.

“It turns out that World Central Kitchen was set up right next to the clothing center,” he continued. “I walked in there and asked them if they needed any help, because I had some time.”

That’s when Boyd became the kielbasa king of Krakow from 10 a.m. until 7 p.m.

There seems to be a stereotype in Europe that all Americans are great outdoor grillers. He was handed a set of tongs and cooked up the meaty meals by the boxload for four days.

“That was not part of my plan, that just happened,” said Boyd. “We ended up serving about 2,000 hot meals a day to Ukrainian refugees who were staying at a refugee center.”

The rewards were many, especially meeting the people of Ukraine, either serving food or handing out clothes.

“Listening to their stories, watching the videos on their cell phones and the pictures they had of all the destruction, brought it really close to me about the reality of what was going on,” said Boyd. “And this is why they left. It was mostly women and children, like we see on television. There were a few men, mostly older men.”

“Equally rewarding was the volunteers at the clothing center who came from all over the world, that felt a similar calling as I did.” There were volunteers from 15 different countries. 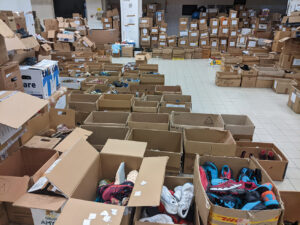 “The harmony and positive energy was nothing like I had ever experienced before,” said Boyd.

There will be a spaghetti dinner fundraiser at Immanuel Lutheran Church in Moltke Township June 12, noon to 6 p.m.  The cost is $5 per person or $15 per family.  All funds will go towards supporting the One Box for Ukraine initiative.