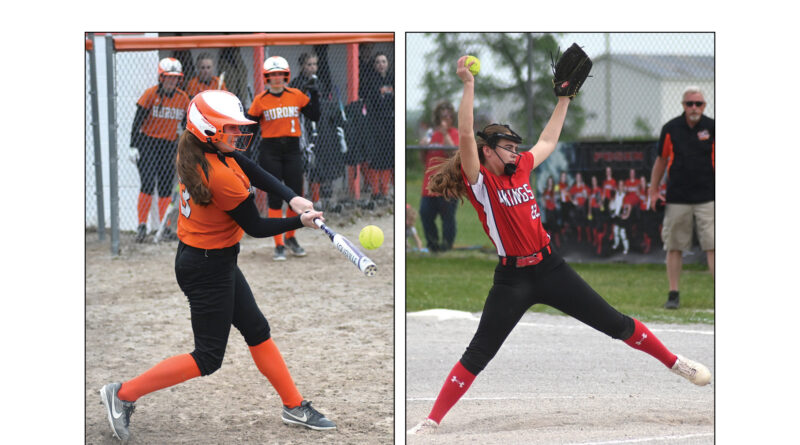 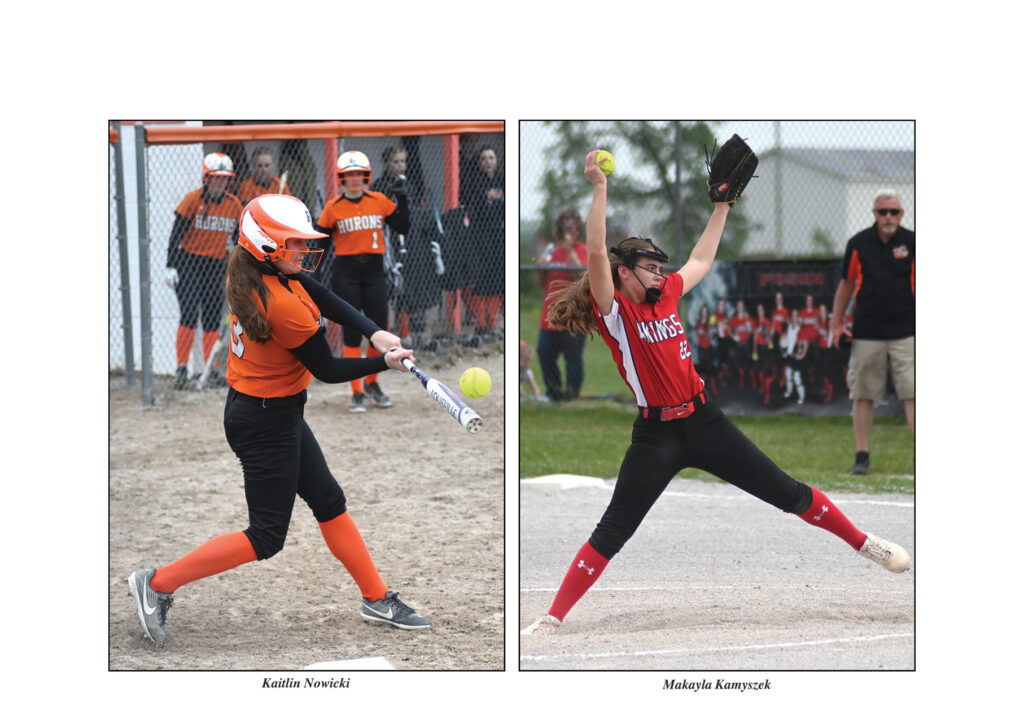 Kamyszek, a senior who played shortstop when not pitching, led the Vikings in most offensive categories. She had a .565 batting average with a .678 on-base percentage. Her 48 hits included 30 singles, eight doubles, five triples and five home runs. She batted in 44 runs (RBI). As a pitcher she worked 88 innings and struck out 98 batters ending the season with a 9-6 record.

Nowicki played first base and pitched for the Hurons. She put up big offensive numbers with a .441 batting average, 44 runs scored, 60 RBI, with 11 doubles, one triple and seven home runs. She led the team with 56 hits and also led the team with four sacrifice hits.

“I am very happy that Kaitlin Nowicki was chosen to be on this year’s all-state team. She was one of the best hitters in Division 4 and she is a great leader for our team on and off the field. She works on her game year-round and it shows when she plays. I am looking forward to having her back again next year,” said Rogers City coach Karl Grambau.

Romel is a senior who played shortstop, outfield and pitched for Posen. She had a .467 batting average in 25 games played collecting 34 hits including eight doubles and eight triples. She had 31 RBI and stole 16 bases. She pitched 73 innings earning an 8-4 record. A dual-sport athlete, she also qualified for the state track and field finals in hurdles.

Posen coach Wayne Karsten had this to say about his two all-staters, Kamyszek and Romel: “These two came in together as eighth-graders. It is awesome to see their hard work pay off with this reward at the end of stellar high school careers. Their work ethic and positive attitudes are unmatched. They are always at practice wanting to do more to be the best. They were the leaders that took charge and made it easy to be a coach. They both would do whatever was needed for the betterment of the team no questions asked,” Karsten said. 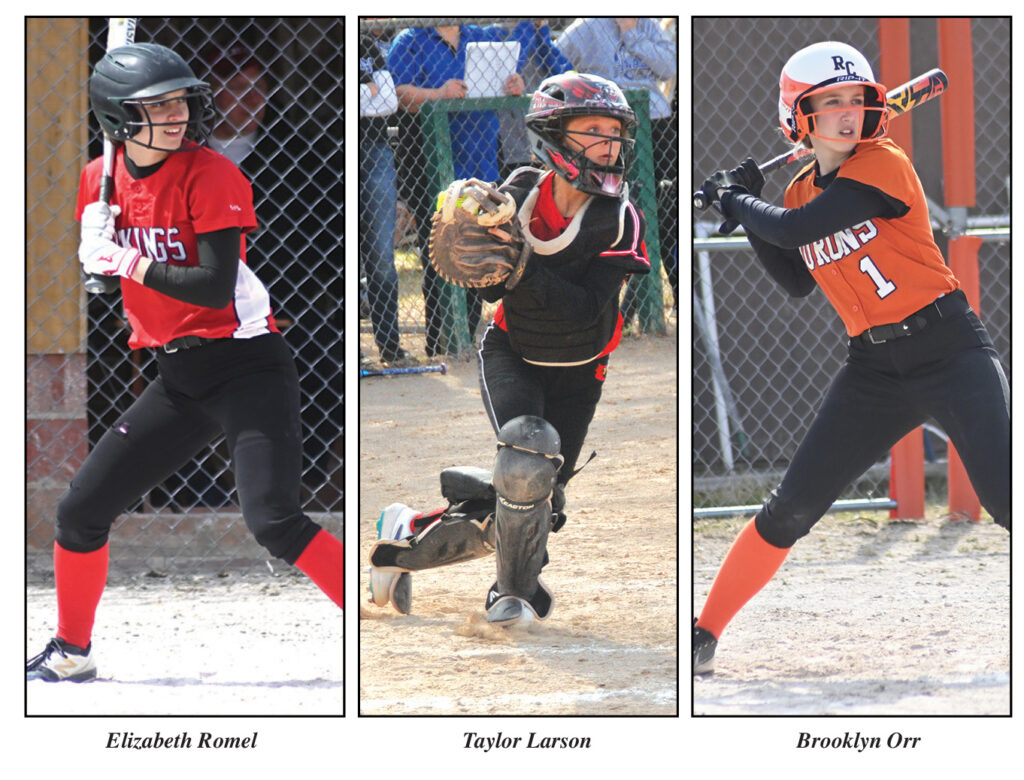 “Both of them were tenacious competitors. You could see this on the mound as pitchers. No emotion good or bad and don’t dare take them out as they were going to finish what they started. What they did and meant to this program, the school and community over the last five years is astonishing. These two have bright futures. Lizzy at University of Michigan and Makayla in the nursing program at Alpena Community College as well as playing basketball and softball. This is just the beginning of their story.”

Orr, a freshman, anchored third base for the Hurons and spent much of the season as the cleanup hitter. She hit .403 for Rogers City scoring 47 runs on 48 hits and 19 walks. She had nine doubles, one triple and one home run while driving in 34 runs. She struck out just three times in 140 plate appearances.

“I am very happy for Brooklyn Orr to be recognized as an honorable mention to this year’s all-state team. She had a great freshman year striking out only three times in 140 plate appearances. She is a great hitter and has a bright future ahead. We may be moving her to shortstop next year. She will play great wherever we put her, that’s for sure,” Grambau said.

Larson, a senior, played catcher for the Cardinals getting into 24 games while hitting .506. She had 41 hits with 28 singles, 11 doubles and two triples to her credit. She drove in 28 runs for Onaway this season.

“Taylor was so deserving of this recognition. She is such a hard worker and competitor. I really can’t say enough good things about her, but she had an awesome year this year. I am so proud of her for the way she came back from a season, and potentially career-ending injury last year to perform at such a high level this year. Taylor is the type of player that any coach loves to have, and I am honored to be a small part of her career,” praised Onaway coach Steve Klinge.

The MHSSCA selected the all-state teams last weekend as the state semifinals and finals were played on the campus of Michigan State University. In Division 4, Unionville-Sebewaing continued to dominate the competition winning its third-straight state championship with a 4-1 win over Ottawa Lake Whiteford Saturday.