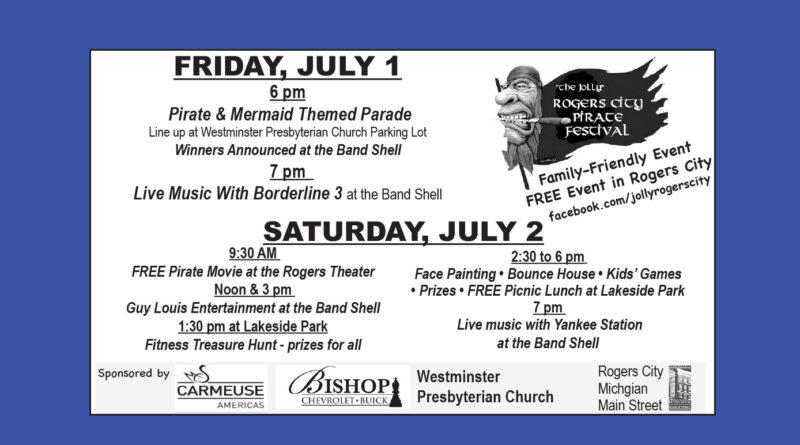 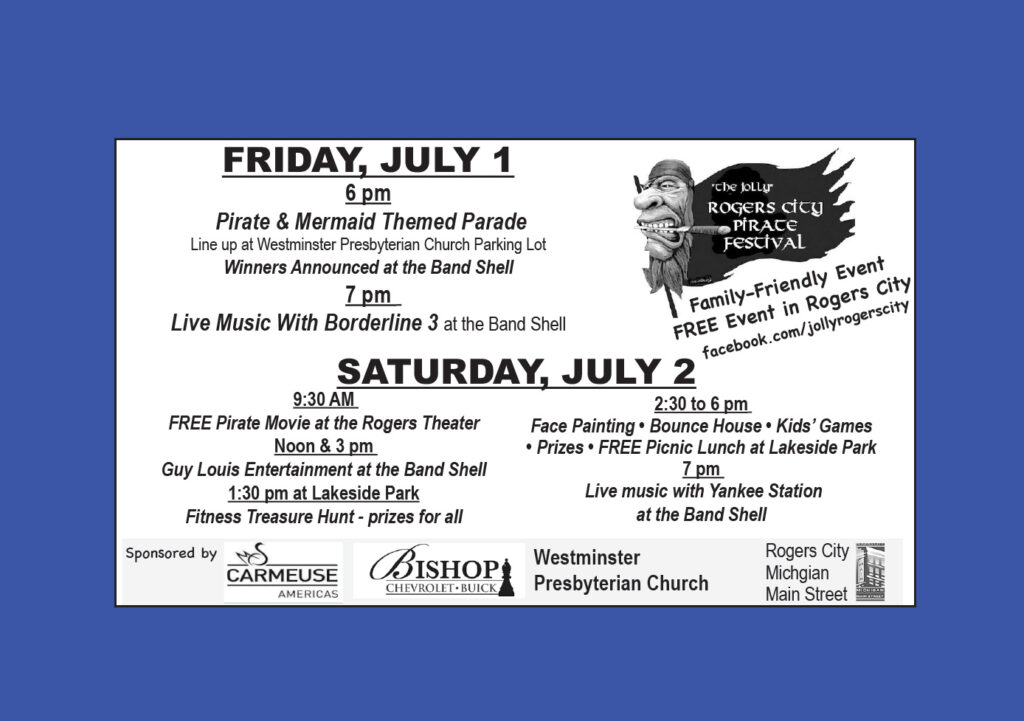 Ahoy, matey, the pirate festival returns to Rogers City for the second-straight year along the shores of Lake Huron with a parade, movie, lots of entertainment and activities.

The parade gets it all started Friday at 6 p.m. with lineup at Westminster Presbyterian Church. Participants are encouraged to be dressed up in their best Long John Silver or Billy Bones costumes. Or, it could be Captain Jack Sparrow. But mermaids are highly encouraged, too. There will be prizes for the best costumes.

The parade route winds its way down to the Rogers City Marina parking lot where there will be a concert by Borderline 3, at 7 p.m. There will be country music, along with a variety of other music.

At 9:30 a.m., the next morning, “Hook” will be showing at the Rogers Theater with no admission

At noon, Guy Lewis will put on the first of two, family-friendly performances at the Lakeside Park band shell. The second one is at 3 p.m.

At 1:30 p.m., there will be a fitness treasure hunt in the park. “And in between there will be games hot dogs and a bounce house,” said organizer Kim Margherio.

Saturday at 7 p.m., “Yankee Station,” will take over the band shell stage with a variety of music.

The festival is primarily covered by Carmeuse Americas, while Westminster Presbyterian Church is footing the bill for Guy Lewis.

“It’s a good collaboration of community partners making all of this happen,” said Margherio.