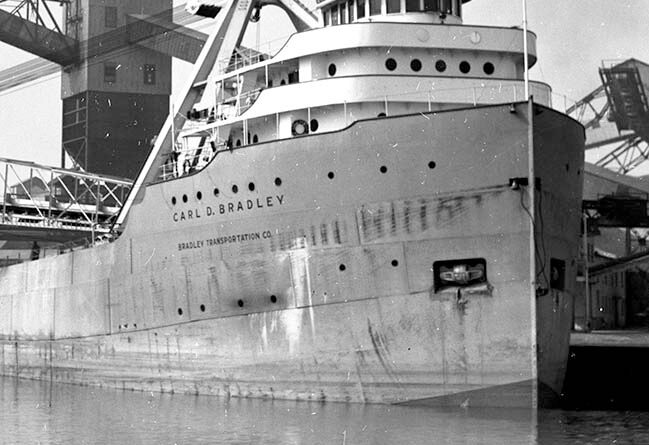 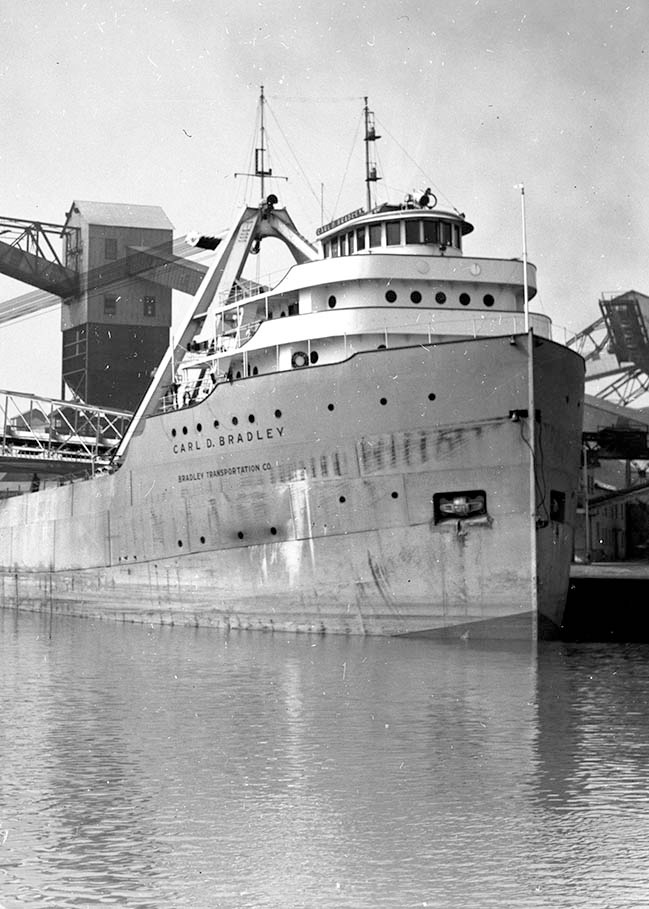 The 42-minute movie, “The Men Long Forgotten, Sinking of the Carl D. Bradley,” produced by St. Ignace native Andy Stempki, will have its Rogers City debut Saturday at the Rogers Theater.

It will be during the Great Lakes Lore Maritime Museum’s (GLLMM) annual bell-tolling event starting at 1 p.m. The ceremony usually takes place at the museum on North Third Street, but this year it was moved because of the movie that has been in the works since 2018. Doors open at noon.

IN THE movie, the crew and history comes to life in Stempki’s account, set at the Museum Ship Valley Camp in Sault Ste. Marie. He said the film is a combination of “A Night at the Museum” and “Field of Dreams.”

“This boat captain from Florida is here in Michigan and he stops at the Valley Camp museum in the middle of winter and finds out that it is closed, but the curator lets him in and he ends up touring through the museum and comes upon the exhibit called, the Men Long Forgotten,” said Stempki.

“The Florida captain asks the curator, ‘what is this?’ He says ‘it is the wreck of the Carl D. Bradley.’ He says, ‘what kind of exhibit is this, there is nothing in here but this raft.’ All of a sudden, all the crew members from the Carl D. Bradley appear as ghosts and retell what happened from the moment they left Gary, Indiana.”

As the men are lost during the sinking, each crew member disappears, leaving only Elmer Fleming and Frank Mays fighting for their lives on the raft. Fleming and Mays were the lone survivors.

“I nicknamed it the miracle film, because I am not a filmmaker,” said Stempki. “I did not go to film school…it was such a captivating story that I kept moving with it and things fell into place.”

Using computer technology, the Bradley is brought to life with CGI (computer-generated imagery). “You see the Bradley unloading in Gary, Indiana; shots along the Wisconsin shore; crossing Lake Michigan: and the boat breaking in two,” Stempki said last summer. According to GLLMM officials, Stempki will not be able to make the debut.

While the movie has been in the works for five years, Stempki went searching for actors during the first year of the pandemic, including second mate Johnny Fogelsonger, who is the son of Stempki’s great aunt, Florence Fogelsonger.

According to Mays’ account of the sinking, Johnny Fogelsonger was the first one to die that night. Mays was involved with the film before his passing in January 2021 and is credited as a story consultant. 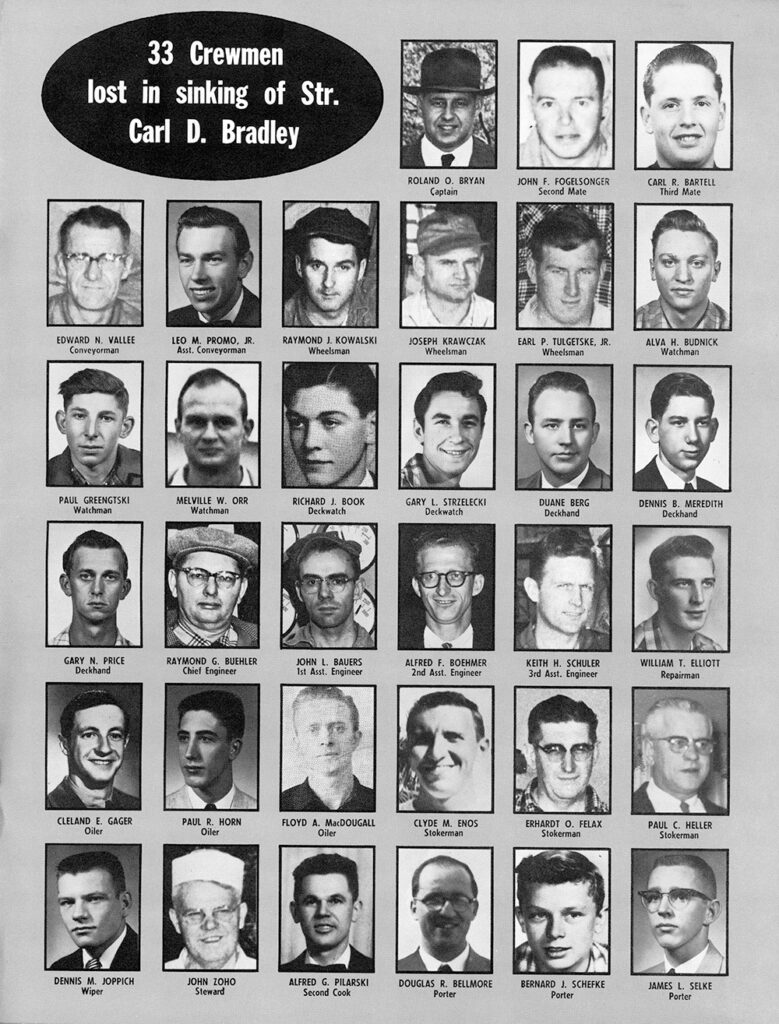 This is the 10th anniversary of the release of “Torn in Two,” a book written by former Presque Isle County Advance reporter, Eric Gaertner, who worked at the weekly newspaper during the 1990s.

Even after a decade, the sinking and its impact on the people of the small community of Rogers City, left a lasting impression.

“As a journalist and storyteller, the research and interviews for the book still stick with me about one of the most tragic and compelling events in Great Lakes’ maritime history,” said Gaertner this week. Gaertner is now a news leader for MLive at the Grand Rapids Press.

“I think what makes ‘Torn In Two’ different than the others about the sinking of the Carl D. Bradley is the information I uncovered that provided additional details to the harrowing hours spent on the raft in the middle of Lake Michigan and the ensuing rescue,” he said. “I was able to track down the nephew of Elmer Fleming who shared his uncle’s handwritten notes about the time he spent on the raft and legal documents housed at the National Archives in Chicago.”

Fleming described in his notes that the cork in his life jacket crushed against his ribs and the rod on the raft smashed on his fingers while trying to hold on, Gaertner wrote.

“When a large wave crashed onto the raft and catapulted Fleming into the still-angry lake, ‘it hit me on top of the head so hard I believe if I had had my tongue between my teeth I would have bit it off,’ ” the book states. 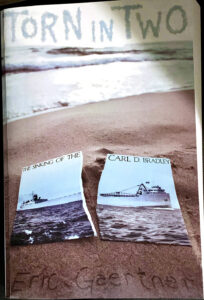 Gaertner continued, saying the book also stands out because of the in-person interview with the Krawczak family who had been reluctant up to that point to talk in detail about the tragedy that struck their family and the entire town.

interview, the Krawczak family members described the moments of when Joe Krawczak left the dock on the Bradley before that final trip and when they learned of the Bradley’s sinking. “Cecelia Krawczak and her six young children — plus Cecelia’s sisters — gathered around the large floor radio, listening desperately for any updates about the Bradley and her crew.

“It still is almost unimaginable to me that one small town, about 4,000 residents at the time, lost so many men in one tragic moment. Out of the 33 who died in the sinking, 23 of them were from Rogers City.”

Sales of the book have gone well since 2012. They can be purchased at the Advance office or directly from Gaertner: egaertner@mlive.com.