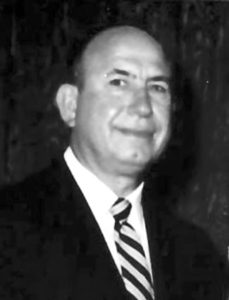 Joe graduated from Rogers City High School in 1948. He served in the United States Army from 1951 through 1953. Mr. Gapczynski was co-owner of American Gas Products, Cash’s Oxygen and Welding Supplies and Cash’s Automotive in Rogers City. Opening in 1958, the Gapczynski Brothers had the oldest gas supply business in northern Michigan. Joe enjoyed reading the newspaper every day to keep up on current events. He loved telling people the history of Rogers City and Presque Isle County.

He was preceded in death by his parents, Cash and Jennie; a brother and a sister-in-law, Leo and Alice; and a brother, Alphonse.

Visitation was at the Beck Funeral Home Sunday, June 2, with rosary that evening. Visitation resumed Monday at St. Ignatius Catholic Church until time of Mass with the Rev. Rolando Silva officiating.