Wesley “Wes” J. Peters Sr., 64, of Onaway, died at home Sunday, March 14, 2021 with his family at his side. Born in Midland August 29, 1956, Wes was the son of Gordon and Christine (Wade) Peters. Raised in Onaway, following his graduation from high school he went on to join the U.S. Army. Serving from January of 1974 until October of 1980, Wes was involved in the evacuation of Vietnam and served during the Peacetime that followed. It was while in the service that he met Anita Townsend. They married September 1, 1978 in Arizona and eventually made their home in Onaway. 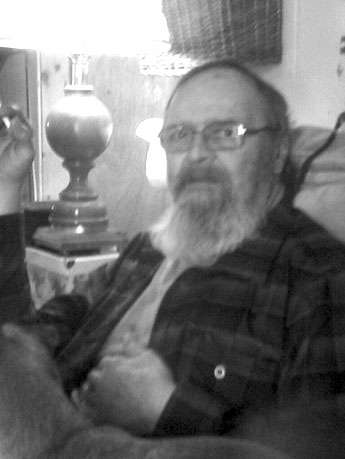 Wes worked for many years at the United Auto Workers Education Center at Black Lake where he was a bus driver, bartender and cook. A skilled mechanic, Wes loved to work on cars. He was an avid outdoorsman who loved hunting, fishing, and camping and was known in town for his awesome barbecues. Highly intelligent, Wes loved to watch “Jeopardy” and could answer every question on the board and was known to binge watch “Gunsmoke.” Patriotic and proud of his service, Wes was a lifetime member of the Disabled American Veterans and the Onaway American Legion Post. He had a strong Christian faith and for many years was a devoted member of the Onaway Baptist Chapel. His greatest passion was spending time with his family who will greatly miss him.

Wes is survived by his fiancée, Annette Schleben of Onaway; sons, Wesley Jr. (Heather) of Onaway and William (Desiree)

of North Carolina; stepson, Brandon Schleben; grandchildren, Aaron (Jasmine) Gray, Codie (Brody) Galer, James Gray, Laura Kay Peters, Kira Peters, Cailyn Peters and Faith Cuddie; as well as the great-grandchildren he adored, Cayden, Oliver and Connor. Wes also leaves his sisters, May, Donna and Wanda; and many nieces and nephews. Preceding Wes in death were his parents; his wife, Anita (2012); a daughter, Teasha Peters (2008); a grandson, Ryan Cuddie; brothers, Gary, Gordon and Frankie; and his Uncle Bill. Wes was met at the gates of heaven by his beagle Butt Amy.

A graveside service and military honors will be held at Hillcrest Cemetery at 11 a.m. Saturday, March 27. A Celebration of Life and luncheon will follow the graveside service at St. Paul Hall, Onaway at 1 p.m. Those planning an expression of sympathy please consider a donation in memory of Wes to McLaren Home Care and Hospice or to the Disabled American Veterans at www.dav.org.