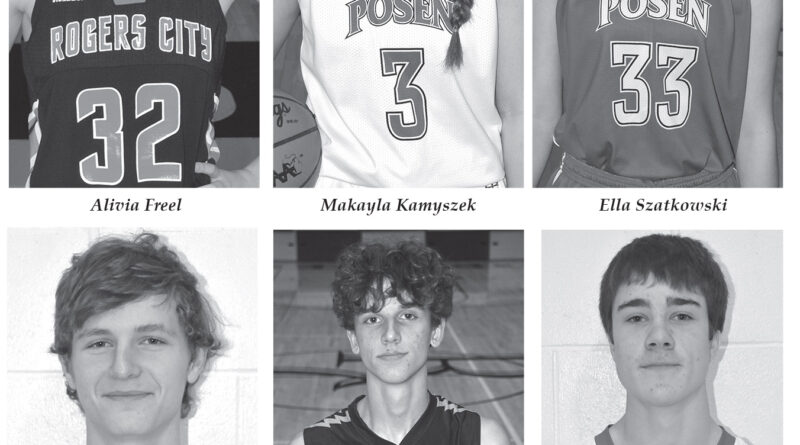 The North Star League (NSL) released its final list of honors for the basketball seasons for both boys and girls.

For the girls’ all-NSL, Posen players dominated the first and second team as four players were named to the squad. Makayla Kamyszek, a senior who led Posen by scoring 497 points, including a 40-point effort in the district championship game, made the first team for the Little Dipper division. She had a scoring average of 21.6 points per game, led the team in rebounds 302 and steals with 103.

Ella Szatkowski, a sophomore, also made the first team. She had 339 points on the season for a 14.7 average. She snared 199 rebounds and had 58 steals.

Faith Cousins, a junior, also made the second team, led Posen with 165 assists while scoring 51 points with 92 steals and 54 rebounds.

Posen shared the Little Dipper league title with Hillman, both finishing at 9-1. Each team handed the other its only loss on their opponent’s home court. The Vikings finished the season at 21-2, under the guidance of coach Karl Momrik, winning the district championship before losing in the regional title game.

Other members of the Little Dipper first team were Abby Parkinson of Hale, Shaelynne Lance of Atlanta, and Saige Flaugher and Nicole Barbeau both of Hillman.

Rounding out the second team members of the Little Dipper squad were Jessie Ross of Fairview, Dalaney Kimmerer of Hale, and Julia Taratuta and McKenna Klein both of Hillman.

For Rogers City, competing in the Big Dipper division, Alivia Freel made the first team. The freshman center led the Hurons with 8.7 points per game and pulled down 9.8 rebounds per game. She shot 63.9 percent from the free-throw line.

The Hurons, under coach Duane Pitts, finished the season with a record of 5-14.

Other members of the Big Dipper first team were Marlene Sobrino Salvador, Mia Whipkey and Olivia Toppi all of Oscoda, and Kelsey Hansen and Carmen Deller both of Alcona.

Alcona and Oscoda shared the Big Dipper title with records of 5-1. Rogers City finished 1-4 in the conference.

For the boys, Posen landed Cole Krajniak and Ethan Soik on the first team in the Little Dipper. Ethan Purol and Joey Konieczny made the second team. No final statistics were available at press time.

Rogers City’s Nik Tulgestka made the first team for the Big Dipper teams while Spencer Whitford earned a spot on the second team.

No final statistics were made available at press time.

Other members of the Little Dipper first team were Trenton Taratuta, Landen Timm and Caleb Hively, all of Hillman and Trenton Whitt of Atlanta.

Completing the second team for the Little Dipper is Sean Henigan and Brady Firman of Hillman, Gage Kangas of Hale and Colton Reeves of Atlanta.

For the Big Dipper, first team members were Austin Fox and Gage Long of Mio, Michael Gepfrey and Micheal Wrona of Oscoda, and DJ Howe of Alcona.

Second team members of the Big Dipper were David Sharboneau and Garrett Somers of Alcona, Nathan Hurst of Mio, Luke Mervyn of Whittemore-Prescott, and Michael Myles of Oscoda.

Oscoda won the Big Dipper title at 7-1 while Hillman claimed the Little Dipper championship at 10-0.

Rogers City finished NSL play at 2-6 while Posen was 7-3 in the NSL. 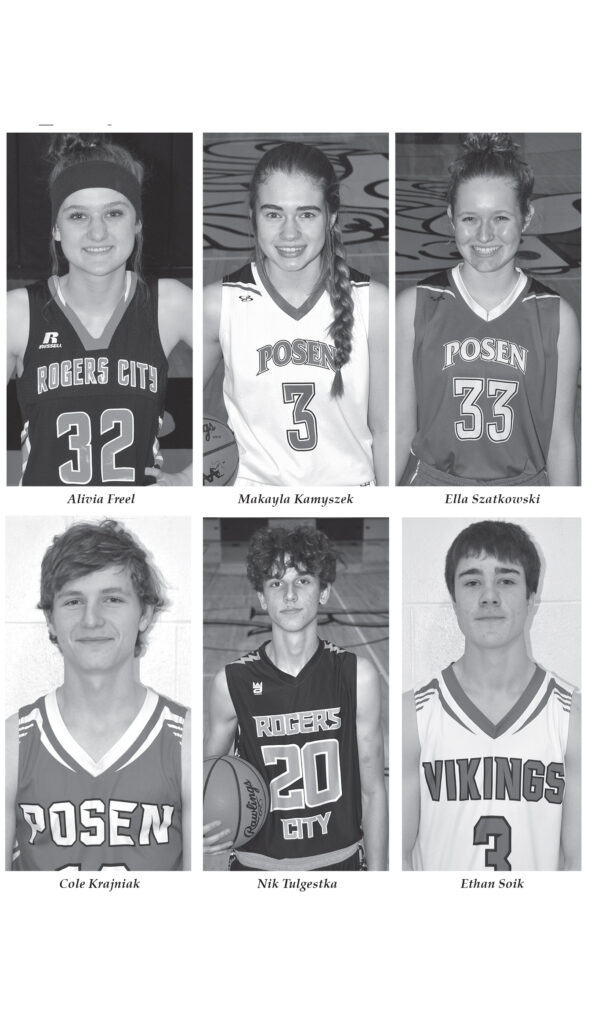