Elizabeth Ruth Curtis, 86, of Ocqueoc Township passed away peacefully at her daughter’s home in Waverly Township February 4, 2019, surrounded by her family. 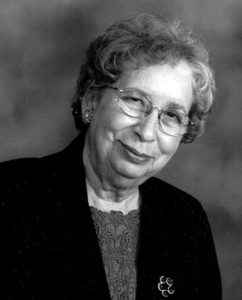 She was born June 15, 1932 in Moltke Township to John and Martha (Schaedig) Brege.

Elizabeth, or Betty as she was known to all, was baptized July 3, 1932 and confirmed May 4, 1947 by the Rev. Herman Heinecke, both at Immanuel Lutheran Church, where she was a lifelong member.

On September 27, 1952 she was married to Raymond Curtis at Immanuel Lutheran Church by the Rev. Herbert Meyer. They made their home in Ocqueoc and were blessed with 48 years of marriage. Betty was gifted with a beautiful voice and sang with her sister, Lois in local competitions, at parties, and for many years in the church choir. She played the organ, piano and guitar. Betty loved gardening, canning and reading. She worked as a bookkeeper for her husband Ray in their logging business. She doted on her three daughters and eventually got to spoil her five grandchildren with late night snacks and playing games at the kitchen table. In recent years, she loved to cuddle her great-grandchildren while rocking and singing lullabies. Betty was a warm, loving and caring wife, mother, grandmother and great-grandmother. Her passing will leave a void in many lives. She will be lovingly remembered for her German potato salad and her love of chocolate.

She was preceded in death by her husband, R

Visitation was at the Beck Funeral Home Tuesday, February 5, with a prayer service that evening. Visitation resumed Wednesday at Immanuel Lutheran Church until time of her funeral with the Rev. Kurt Lambart officiating.

Interment will take place in the spring at Immanuel Lutheran Cemetery.

Memorials may be given in memory of Elizabeth “Betty” Curtis to Immanuel Lutheran Church or Hospice of Michigan.